Murakami.Flowers is a work in which artist Takashi Murakami’s representative artwork, flowers, are expressed as dot art evocative of Japanese TV games created in the 1970s. The work is being developed with the number 108 as the keyword; a combination of 108 backgrounds and flower colors make up a field, and there are 108 fields. Each field has 108 flower images, resulting in 11,664 flower images in total. The number 108 is a reference to bonnō, or earthly temptations.

The distribution process will proceed as follows.

Whitelist will mainly consist of the holders of RTFKT’s Clone X with Murakami Drip, of which there are 3,000. In addition, there will be Murakami-related Whitelist of 500, as well as Friends & Family. I plan to set aside 4,000 for the Whitelist and Friends & Family together. (The unclaimed quantity after the Whitelist and Friends & Family distributions will be offered through Public Sale.)
6,751 will subsequently be offered through Public Sale, which will be a lottery.
Then comes the Lucky 727 Proof, 727 being Takashi Murakami’s lucky number. After that, there are 78 in the Zen Number Proof, and the Bonnō Proof has 108 for the number of earthly temptations. I intend to release these last two one day, when the time is ripe.

The purchase will be limited to one flower per MetaMask wallet. At the time of the release, each will be distributed as a “seed,” which can be evolved into (redeemed as) a flower at the time of Reveal after the Public Sale. There is no knowing which of the 11,664, individually hand-generated flowers your seed will turn into until the time of Reveal. 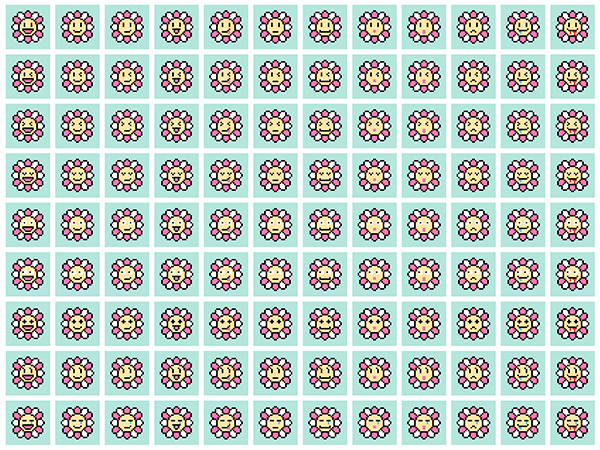 The 108 Pink & White flower designs were born out of the first iteration of this project in March, 2021. At first I tried to release them in an auction format on OpenSea, but because I was unable to prepare my own smart contract, I took them down.

I have already produced merchandise, prints, and paintings with these first 108 designs, Pink & White 1 through 108; even a QR code is assigned to each, and they are linked to my old OpenSea project mentioned above. I consider all this an event of a generation ago, and plan to leave it as is, as a time capsule. They are therefore not going to be part of the release this time, though if, after I do related exhibitions and go through other processes of recognition, some people still wish to have these works, I may explore offering them for sale then. 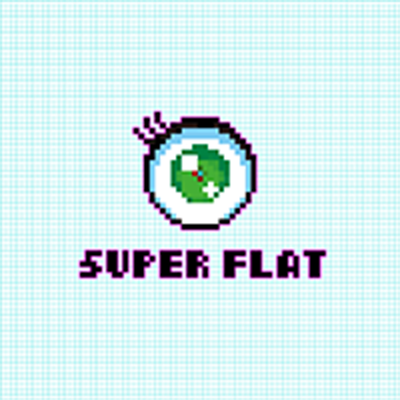 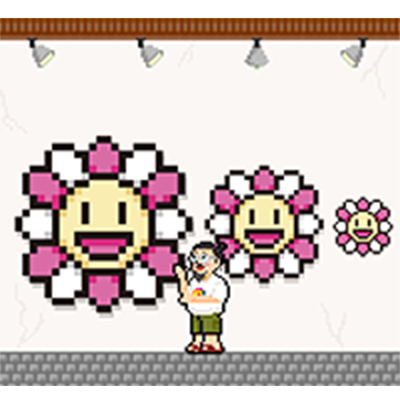 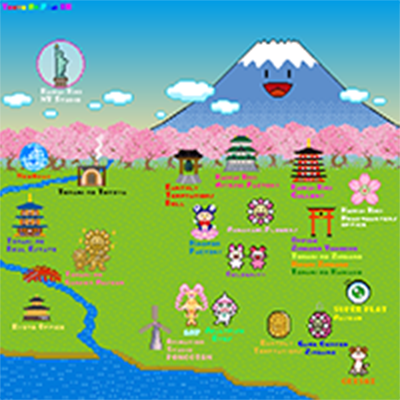 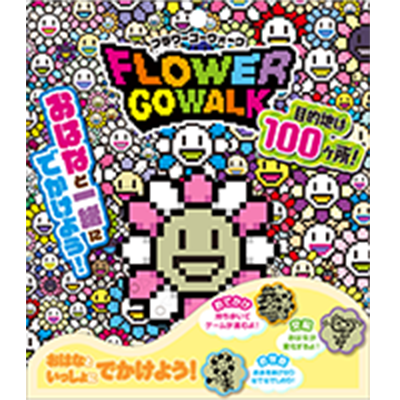 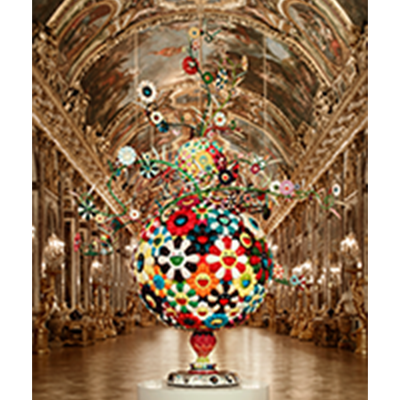 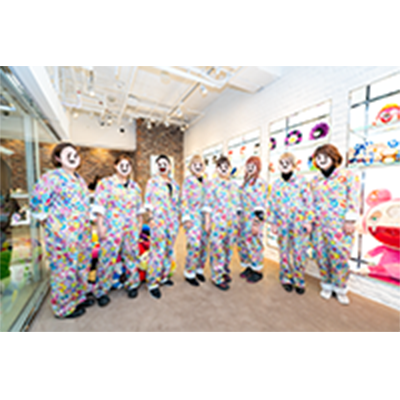 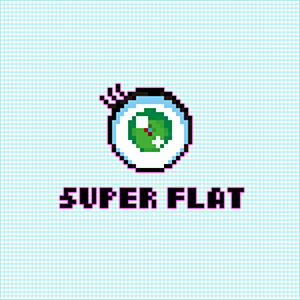 Murakami.Flowers (M.F hereafter) is being activated upon the system of Superflat, a theory that artist Takashi Murakami put forth in 2000. Superflat refers to the cultural concept generated in Japan in the 77 years since its overwhelming defeat in the Pacific War. The concept stands in opposition to Pop. Superflat refers to the aesthetic concept of social construction by the defeated: Japan, which cannot institute a structure in which the victor defines the righteousness of society in its post-war cultural structure, has instead established an anti-pyramidal hierarchy. At the root of the narrative formation in Japanese manga, anime, and "light novels" is this seemingly negative sense of never being able to fully endorse the winner. However, perhaps you could also say that the inverted ideas within this aesthetic of the negative has created a universal structure of beauty that transcends national boundaries.
This is why there are many Japanese imageries scattered throughout this work.
The losers also have their arguments, as well as their ideas of beauty. I hope to visualize such a landscape in this project. 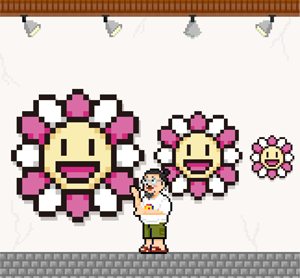 M.F is an attempt to generate a worldview that joins the contemporary art world—the existing art community of which I have been a member—and the new NFT art or digital art community. I intend to create my NFT art based on the method that I believe, in the long run, will let my work survive through in the future art world 100 or 200 years from now, by extending the skills that I have already cultivated to survive on the frontlines of the art market for over 30 years.

I am considering the “meta” of metaverse in relation to the “meta” of metafiction. The “meta” of metafiction seems to be a structure that raises questions about the relationship between fiction and reality by deliberately (self-referentially) making the reader aware that it is a fiction, but it reminds me of a nestling structure, a matryoshka-like structure of a story, and that meta structure is the reality of "meta" in my mind. In that sense, I am hoping to create M.F as a meta structure of my history as a painter. (I vaguely understand that this usage of “meta” may be widely different from that in metaverse, but here, I am prioritizing my own interpretation.)

I believe most of you who are reading this don’t know my background as an artist. I am Japanese, an artist, and have been creating work as a professional since when I was 29. I am constantly thinking about whether the value of my work can effectively be sustained for as long as possible after my death, and that is the only thing in my mind as I continue to create artworks; I live to create.
Below, I have explained my past as an artist and why I decided to create M.F.

Let us start When I was around 17.
I was a stupid high school student who actually wanted to be a manga or anime creator, because I vaguely liked to draw pictures. But I didn't have any talent in drawing manga, and I was so stupid as to rank around 530 - 540th out of 550 students in my grade at my bottom-level high school. I wasn’t smart enough to go to a normal university, either, so I decided to go to the art university I could enter just based on a drawing exam. I further chose to study in the Japanese Painting (nihonga) Department because the competition was relatively low among various departments. (Incidentally, the most popular department at the time was Oil Painting, with 65 times more people applying than spots available, so those who passed the exam were treated as geniuses! The Design Department had 55 times more applicants, whereas Japanese Painting had around 25 applicants per spot… Well, it was still a challenge at the time, but the ratio was the lowest among the departments.)

Among the painting subjects you study in the nihonga course were "snow, moon, and flowers,” as well as "flowers, birds, wind, and moon”—traditional themes of natural beauty. I personally loved flowers, so I studied a lot about them, which led me to create the paintings of flower characters that you all know today.
I was in the world of Japanese historical paintings until I, at age 26, was awakened to the world of Western-style contemporary art. This was at the tail end of the major New Painting (American Neo-Expressionism) boom in New York. So I moved from Tokyo to New York and became a contemporary artist.

This time, I'm taking a big step away from the world of New York-style contemporary art and into the world of the metaverse. My awakening to the metaverse happened in the summer of 2020, the first year of the pandemic, when I saw the way my children interact with "Animal Crossing: New Horizons.” One day they were watching some fireworks display within the game while talking on Zoom with their school friends, whom they could no longer meet in person, admiring wholeheartedly how beautiful it was. I saw the reality of the shifting values when I realized that these children could discern beauty within a small video game screen.
This experience was similar to the one I had when I first encountered contemporary art at the age of 26, when I was shocked by how there was always a gap between what you saw and the concept, and realized that once I understood the context behind the gap, the artworks took on entirely different appearances. I shuddered with a sensation that made me want to roar in excitement.

And riding on the momentum of that sensation, on March 31, 2021, I started to release 108 images called Murakami.Flowers on OpenSea. As I learned more about the NFT world, however, I realized that I was totally unprepared and withdrew the sales on April 11. Although I didn't actually sell any NFT then, as a result of this action I have since received a number of invitations to participate in auctions and new NFT projects, and I declined almost all of them. The reason was that it seemed as though the interests in the NFT art at auctions were concentrated only on the numbers game, and I found myself also overly concerned about the market trends than about NFT's creative potential. So I decided to first take a deep breath and cool my head down.

Then, I received a really casual invitation from RTFKT to collaborate. I felt that I could learn a lot about metaverse from these young people. I also thought that their genuine love for sneakers was so intense that I could trust them, so I accepted their invitation.
In the meantime, my company has been developing a handheld Tamagotchi-style game to immerse ourselves in the world of games, and we have also been preparing our own smart contract for M.F.
Clone X project with RTFKT was released in November 2021, and at the moment I'm still amazed at the magnitude of reaction it generated.

Normally, 60 years old may indicate you are in the final stage of life, but as I said earlier, my artworks are designed so that their mechanism would start working after my death. So this is truly the start line for me. 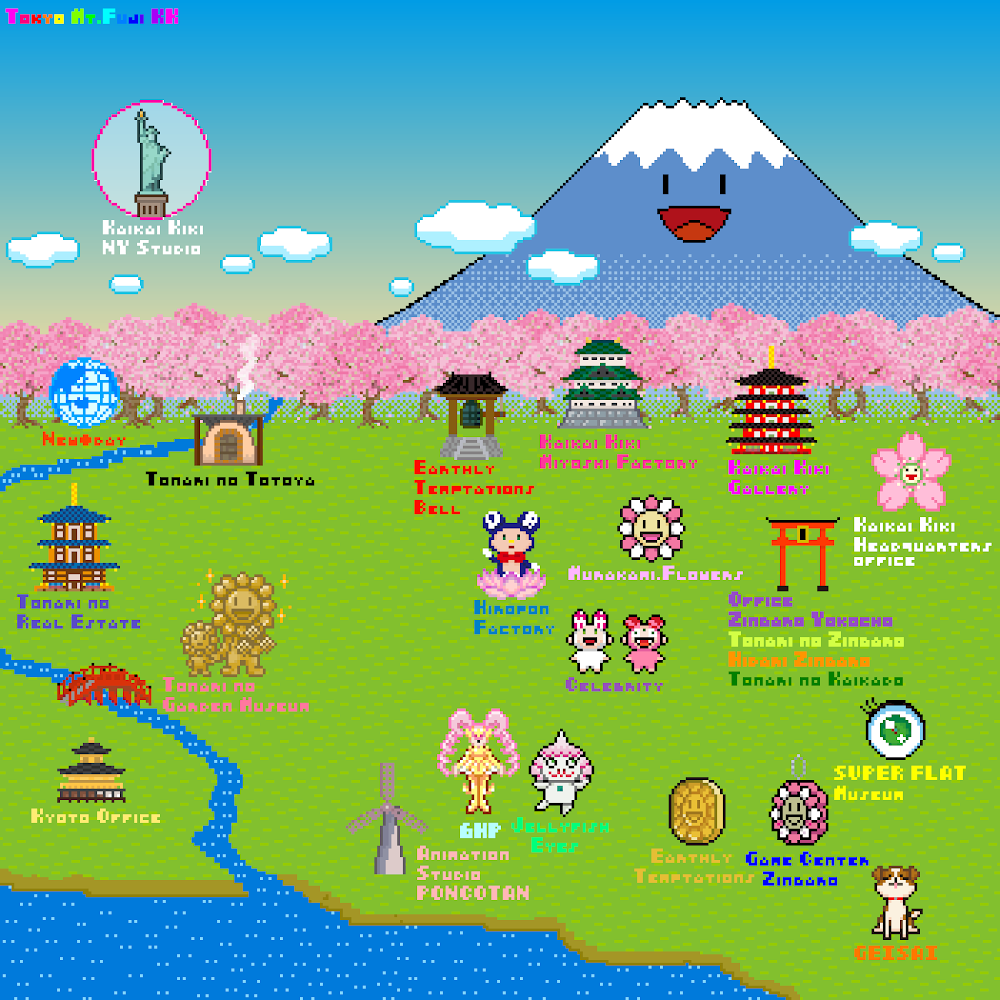 And the figure above signifies such a worldview.
I tried to recreate in the digital world a scene where the foot of Japan's sacred mountain, Fuji, is in full bloom with cherry blossoms. I drew a delusional picture of a future virtual space where, along with M.F, my various titles and business endeavors will be reconstructed in the digital world. 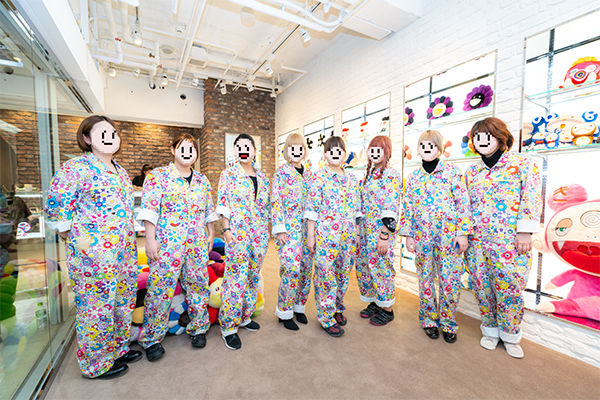 Kaikai Kiki Co., Ltd., which is producing M.F, has worked in the past in the real world creating artworks such as paintings, sculptures, CGI live-action films, TV-series-style animations, etc., and in the world of luxury fashion and music industry by collaborating with famous and powerful brands and musicians. I would like to create work with the theme of bridging between this worldview and the digital world.

CLOSE
4
A Bridge Between 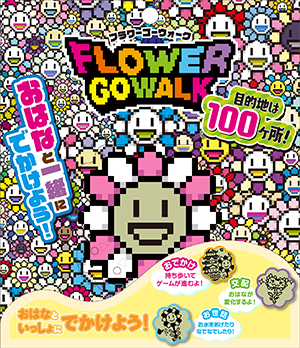 In December, 2022, I am planning to release a portable game with an LCD monitor. In addition, I plan to start developing and producing online and digital games.
I am also planning to activate events in the real-world art community as mentioned earlier. I believe that M.F will also spread to exhibitions in art venues around the world. 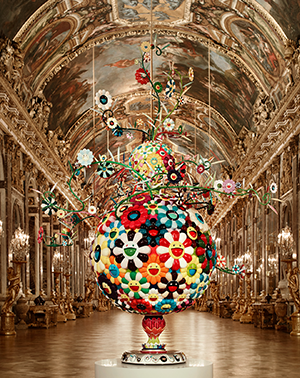 The art world operates as an ecosystem entirely different from those of stocks and commodities. It is a cultural synthesis and marketplace with a huge scale of its own. As it is already trading NFT art and is operating with the DAO-like worldview, I believe it is M.F’s mission to connect it with those who inhabit the worlds of NFT and DAO. 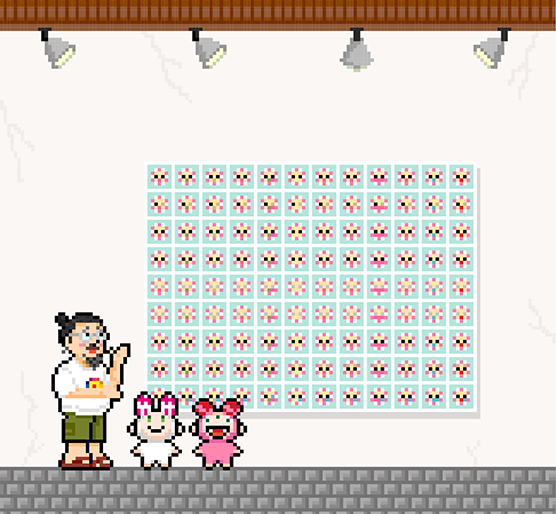 As a starter, I will have an exhibition in May, 2022 at Gagosian, the top contemporary art gallery in the world, at their Madison Avenue location in NY. The plan is to exhibit works based on Clone X, the collaboration project with RTFKT, my brethren in the world of NFT art, as well as real-world paintings of M.F, among other physical works. I also hope to create opportunities for people to encounter in person through salons and club events on that occasion.